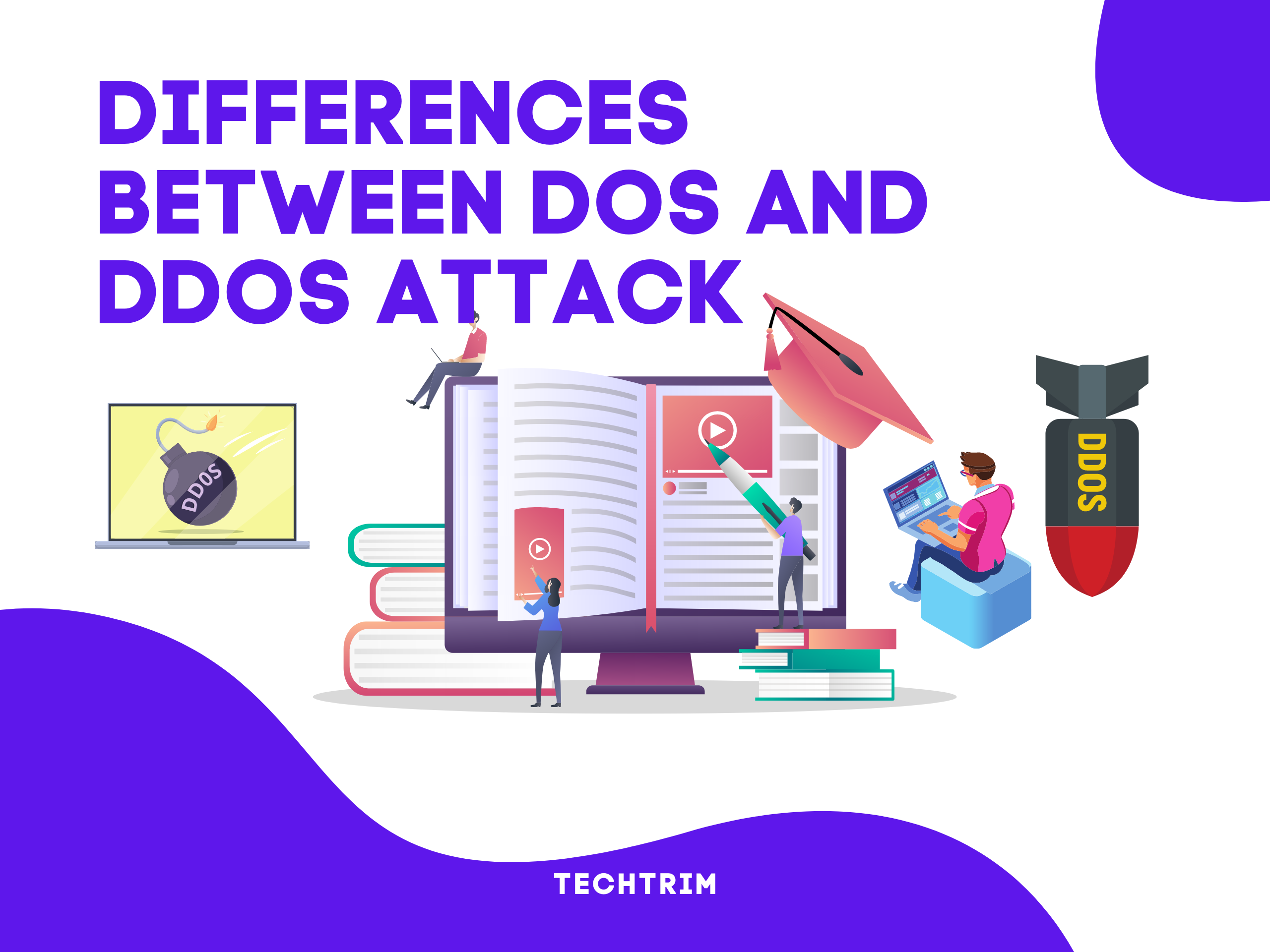 When it comes to computer security, you have probably heard the terms DOS and DDOS. But what do they mean?

DOS stands for Denial of Service and describes an attack where the perpetrator tries to make a machine or network unavailable to its users.

This is typically done by flooding the target with bogus requests so that it can’t respond to legitimate traffic. A DDOS attack is when multiple systems are used to send illegitimate requests to a target to make it unavailable. In this blog, you will get a clear view that what are the differences between DOS and DDOS attacks.

What is a DOS Attack?

DOS stands for Denial of Service and is a type of attack wherein a hacker overwhelms a system with bogus requests, preventing legitimate requests from getting through. This can be done in several ways but is often accomplished by bombarding the target server with traffic from multiple systems. DOS attacks can be used to take websites offline, crash servers, or hamper business operations.

What are the consequences of a DOS or DDOS Attack?

A Distributed Denial of Service (DDoS) attack is when an attacker uses multiple devices to flood a target with traffic. This can overload the target and take it offline. DDoS attacks have been on the rise in recent years, and are now one of the most common types of cyberattacks. There are many different ways to launch a DDoS attack. One common method is to use a botnet, which is a network of devices that have been infected with malware and are controlled by the attacker. Botnets can be used to send huge amounts of traffic to the target, which can take it down.

What are the consequences of a DOS or DDOS Attack?

A DOS or DDOS attack can be very serious and can cause a lot of damage. For example, in 2017, one of the largest botnets ever was used in a DOS attack on Dyn, which managed DNS for Twitter, Netflix, and Reddit. This attack caused outages for these services as well as many others.

In 2020, there was a DDOS attack performed on PUBG MOBILE servers. Due to this, the servers of PUBG MOBILE became very laggy and slow.

How Can You Protect Your Business From a DOS or DDOS Attack?

There are many ways to protect your business from a DOS or DDOS attack. One way is to use a private network. A private network is a networking infrastructure that is set up inside a company’s firewall.

This allows the company to control access to the network and the data that travels across it.

Another way to protect your business from a DOS or DDoS Attack is to use a content delivery network (CDN).

How can you prevent a DOS or DDOS Attack from happening to your business?

There are many ways to prevent these attacks from happening to your business.

The first way would be to have an experienced IT professional monitoring your network 24/7 for any signs of suspicious activity. Another way would be to install a firewall that can detect and block unwanted traffic.

Finally, you should always keep up with the latest security updates for your operating system and software to patch any vulnerabilities that could lead to an attack on your network.

Difference Between DOS and DDOS Attacks?

A Distributed Denial of Service (DDoS) attack is a type of cyber-attack where multiple systems are used to target a single system, such as a web server. A denial-of-service attack can be accomplished by either flooding the target with more traffic than it can handle or by disrupting the target’s regular functioning to render it inoperable.

A denial-of-service attack is typically an attempt to cause a service to be unavailable for legitimate users. It is usually accomplished by overloading a system with external communications requests from multiple sources so that none of them can be completed. The result is that the targeted system becomes unavailable or its performance is severely degraded.

How Are DOS and DDOS Attacks Performed?

You can prevent DOS and DDOS attacks by keeping your operating system up to date, by using a CDN, etc.

What do you think are DOS and DDOS attacks good or bad. Good in the way that you can test your website’s security, and bad in the way that people can crash others’ sites without permission(that’s illegal).

Let us know in the comments.