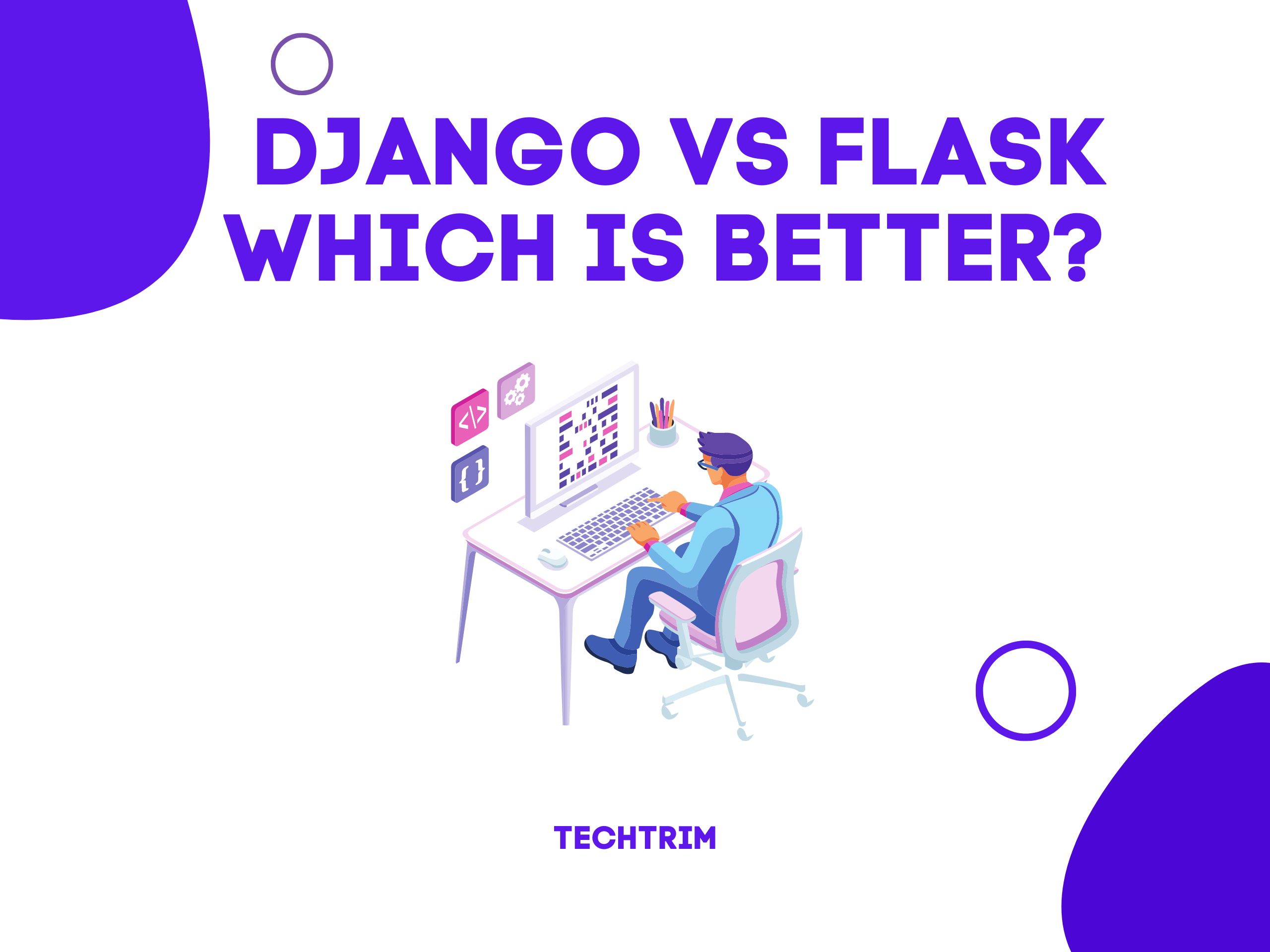 What is a Web Development Framework?

These frameworks are an important part of front-end development because they provide developers with a consistent, well-documented set of tools to use when building their apps.

Python is a general-purpose programming language. It has broad usage in the fields of web development, artificial intelligence, data science, and many more.

The python programming language was created by Guido van Rossum in the late 80s. It’s one of the most versatile languages out there and is used for both simple and complex tasks. Python has an easy-to-learn syntax that makes it perfect for beginners to get started with programming.

Django is a Python framework that encourages rapid development and clean, pragmatic design.

Django was developed by an online news operation to serve its own web-based publishing needs. It has since become more broadly used, with websites such as Instagram, Disqus, Mozilla Firefox, and Pinterest using it to serve their content. Django is free software released under the BSD license.

The word “Django” is a reference to jazz guitarist Django Reinhardt who was one of the first members of the Gypsies.

Django was started by a developer called Adrian Holovaty and Simon Willison in 2001. They released Django 1.0 in 2003. Since then, Django has become one of the most popular Web frameworks for Python. Django’s popularity has been growing since its first release. Django is used in thousands of projects, including many very popular projects.

Flask stands for “a simple, extensible web application framework for Python”. It is a popular and powerful framework that allows programmers to build websites.

It is the most lightweight way to create a server-side web application in Python. Flask can be used as a stand-alone microframework or as a base for larger applications. Flask is simple because it doesn’t require you to use any other library apart from its form of template system, routing, and other utilities.

Flask framework was developed by a group called Pocoo. It was first released on 1st April 2011. After that many big companies started using the Flask framework. Now it has become one of the most popular backed frameworks.

When To Use Django?

For new programmers who want to start using Django, there are many tutorials and resources available online to make it easier for them to get started. You should use Django when you are going to make big scaleable projects with core functionalities of Python. You can use it when you want to add Machine Learning to your website.

When To Use Flask?

If you are not using Python before or if you need a tool for your team that can be integrated easily into your project or workflow then Flask might be your best option. You can also you Flask if you want to make a quick web app for example an app that fetches and analyze the data then you can use Flask for that.

Both frameworks are made for fast development and both run very fast. They are made using the same language that’s why there is no such big difference in their speed. But Flask is a little faster than Django but the difference is very minor.

Which Apps Use Django?

Django is a very great framework to develop websites. Some popular apps that use Django are as follow:

Which Apps Use Flask?

Flask is a very great framework to develop websites. Some popular websites that use Flask are as follow:

What Are Pros Of Both?

What Are Cons Of Both?

Django and Flask both are good-backed frameworks written in Python. Both have their pros and cons. Django is used for big projects while Flask is used for fast web applications. Flask is a little faster than Django. Many big companies use Django and Flask.

We think that is enough for explaining Django vs Flask and which is better in what aspect.

What do you think is better Django or Flask? Let us know in the comments.