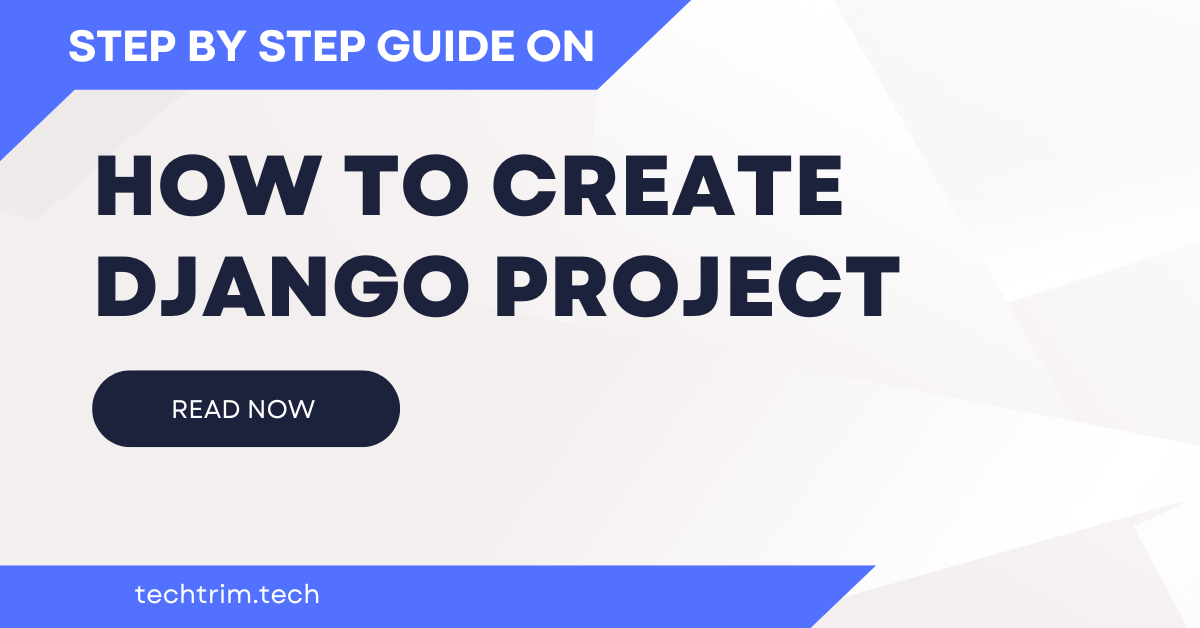 In this article, we’ll look at how you can install Django and most importantly, how to create your own Django app or project.

You can create a Django project with just one command!

How To Create Django Project?

Assuming that you have already installed Django, now to create a Django project, follow the steps below:

Create a new directory with your desired name and open a terminal in that directory and enter the following command:

Our project is referred to here as myProject, but you can give it whatever name you like.

Hooray! It has successfully created your new Django project.

Now to see your newly created project folder enter ls in the terminal. It will show all the files in the current folder including the new Django project folder that in our case is myProject.

After this you have to go into your myProject folder and use the following command:

Now if you want to see the files autogenerated by Django you can use the ls command:

Here you see that there’s a file named manage.py. This file is used for executing many Django-specific tasks like starting the server, making migrations, etc.

To get your first project running, enter the command below:

If you’re using Python 3 and getting an error like

You can now easily make changes to your new Django site if you know how to use Django.

How To Install Django?

Setting up a framework or a language is very important and the very first step for development. Django is pretty easy to set up than any other framework because of the pip package manager in Python.

On Windows, you can download and install Python from this link https://python.org/downloads/.

After installing Python and pip you can install Django by running this command.

Is Django Hard To Learn?

As Django is written in Python, Python is a very easy-to-learn and use programming language. But Django is a little bit hard to learn as compared to PHP.

If you know some basic concepts of Python programming language then it’ll be very easy for you to learn Django or even any other framework of Python like Flask, etc.

Django is a very popular language, that’s why many big companies use it. Following are some of the interesting stats about Django:

Django is a very powerful and popular web development framework. It’s a very scalable, versatile, and secure framework. That’s the reason many big companies use Django.

Some of the famous companies using Django:

In this article we have discussed about