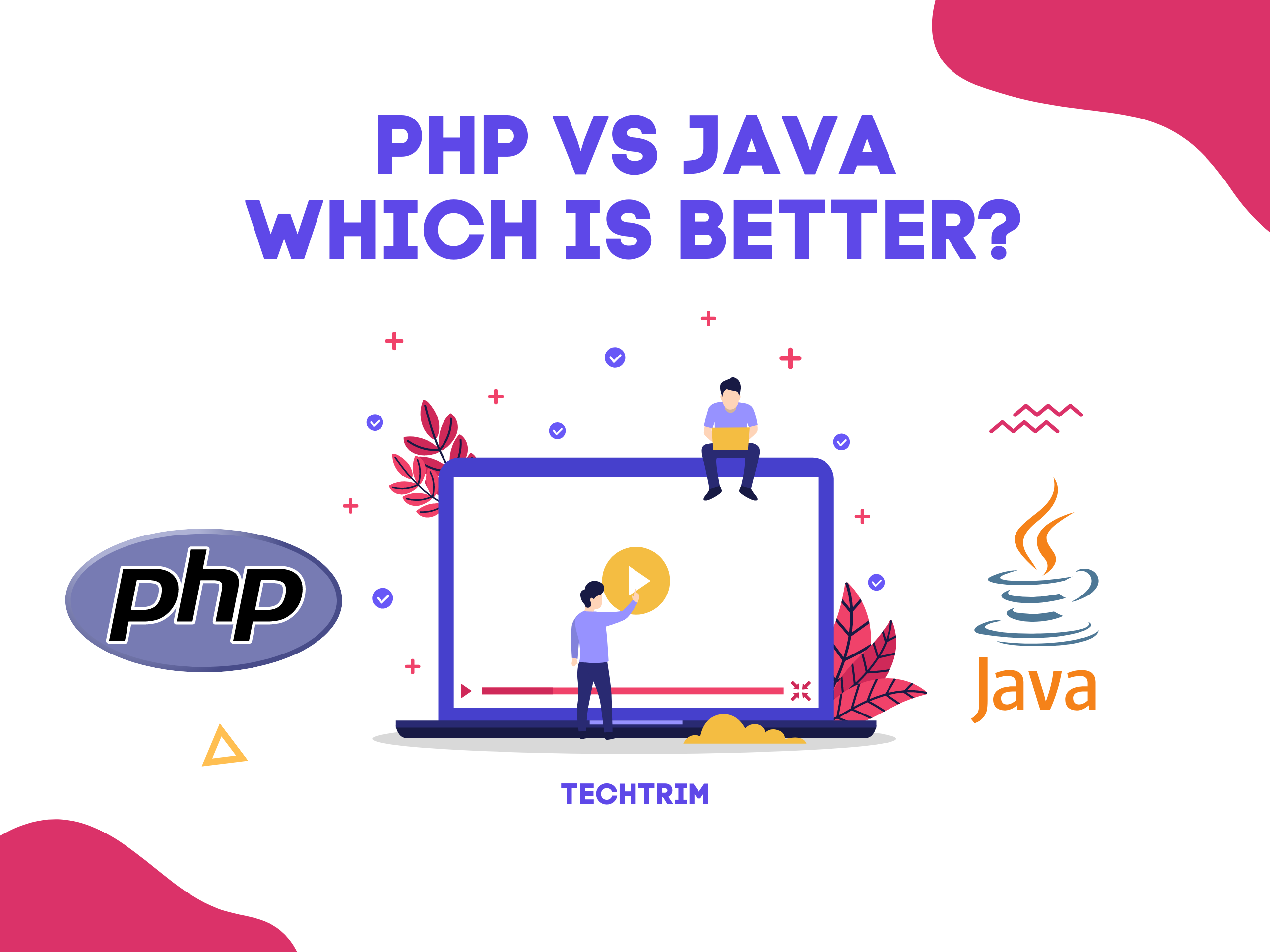 PHP and Java are two of the world’s most popular programming languages. They are both high-level, interpreted languages with a high degree of flexibility and usability. This article will give you a clear picture of which is superior in the case of PHP vs Java.

PHP is a widely-used open-source server-side scripting language that is easy to learn and powerful to use. It’s an abbreviation of Hypertext Preprocessor

Java is a high-level programming language that can be used for a variety of purposes. Oracle introduced it on January 23, 1996.

It’s an object-oriented programming language. Java is built on a portable virtual machine.

A Java program is compiled into byte code, which can run on any platform.

PHP was first released in 1995. It was created by Rasmus Lerdorf. It is a free, open-source scripting language designed for the Web. PHP is a very popular programming language.

When Java first came out, it was not widely used, but over time, it became more popular and established itself as a reliable programming language. Java was previously known as OAK.

After 2010, Java became widely used around the world. Until 2017, Java was one of the most popular programming languages.

After 2017 the use of Java was reduced and Python took its place. Consider reading this article for a better view of Java and Python.

Why Should We Compare Them?: PHP vs Java

We’ll concentrate on the web development aspects of both languages in this article.

Some of the PHP language’s features are as follows:

Some of the Java programming language’s features are as follows:

Pros and Cons of PHP and Java

– PHP is very good for deployment.

– PHP is more compatible with other programming languages.

– PHP is slow as compared to Java.

– PHP can cause fatal errors.

– Java is very fast as compared to PHP.

– Java is independent of different platforms.

– Java is hard to learn compared to PHP.

– Vanilla Java is not suitable for web development.

– Java is more difficult to use than PHP.

PHP vs Java: The Statistics

There are many similarities, but there are also some significant differences between Java and PHP. Java is currently the most popular programming language.

PHP is one of the most commonly used languages on the internet and is installed on millions of websites. Despite its widespread use, many developers feel that PHP has become outdated and no longer holds the same relevance as newer languages like Python or Ruby on Rails.

But that’s not true at all still, PHP is very popular and one of the easiest languages to learn. That’s why many popular websites use PHP.

Famous Websites Which Use PHP

Several well-known websites use PHP as their backend language. PHP is used by many websites, including Wikipedia, WordPress, and Tumblr.

How Many Websites Use PHP?

WordPress, as previously stated, is built with PHP. According to a study, WordPress is used by 43 percent of all websites on the internet, which means that PHP is used.

Famous Websites Which Use Java

A large number of well-known websites use Java and its various frameworks as their backend language. Some of those websites are Airbnb, Uber, Netflix, etc.

Although PHP has evolved, it still has limitations. Designers are only now beginning to take advantage of the new PHP features. Having said that, PHP is a very powerful programming language for developers to use.

One of PHP’s limitations is that there aren’t many built-in functions and libraries for designers and developers to use when they need them. A designer, for example, may require a library to assist them in creating a widget or interactive map for their website.

Java is a very powerful and popular programming language, but it does have some limitations. Java consumes more memory than other languages because it runs on a Java Virtual Machine. Java requires a small amount of high–end hardware to function properly.

PHP vs Java: What is the difference?

Although PHP and Java are both very popular and powerful languages, there are some differences between the two.

PHP has always been regarded as the underdog when compared to Java. PHP, on the other hand, has made a huge comeback in recent years. PHP development has advanced thanks to the Zend Framework and the Laravel Framework.

Java is still the most widely used programming language on the planet. PHP, on the other hand, is quickly catching up. PHP has even surpassed Java in terms of popularity in some cases.

In terms of performance, Java is the clear winner (faster). When it comes to execution time, PHP is significantly slower than Java. Even though PHP is faster than many web development frameworks such as ASP.NET, PERL, and others.

The syntax is the rule that you must follow when writing code, and if you do not follow that rule, you will receive an error.

Because Java syntax is much longer than PHP syntax, it requires more lines of code to perform the same task. PHP is becoming more popular as a result of its syntax.

The PHP and Java code for displaying “Hello, World!” is shown below.

Which Is Easy To Learn?

Both PHP and Java are simple to learn, but if you’re a beginner, PHP will be easier. Java is difficult for beginners due to its difficult and lengthy syntax.

Best For Beginners: PHP vs Java

PHP is a scripting language used to build dynamic and interactive websites. It is simple to learn and use, making it a popular choice for beginners.

Java is a more complex programming language used to create desktop applications and websites. It takes longer to learn than PHP, but it is more versatile and powerful.

When To Use PHP and Java?

PHP is a scripting language used to build dynamic websites. When creating a simple dynamic website or a complex project such as a Content Management System(CMS), you should use PHP.

Java is a versatile and powerful programming language that can be used to create desktop apps, mobile apps, games, and websites. When creating mobile or desktop apps, you should use Java.

You can also use Java frameworks for web development, such as Spring and Spring Boot.

This is a question that cannot be answered in a single word. It is up to the individual to decide what he or she wishes to do. If you want to create a website, you should use PHP, and PHP is better in this case.

However, if you want to create a mobile app or a desktop app, you should use Java, and Java is better in this case.

PHP is a server-side scripting language that is used to create dynamic and interactive websites as well as large projects such as a Content Management System (CMS).

Java is a high-level programming language that can be used for a variety of purposes. Oracle introduced it on January 23, 1996.

In this article, PHP was pitted against Java in a programming language battle. Both languages have advantages and disadvantages, but which one is best for you? Please share your thoughts in the comments section.