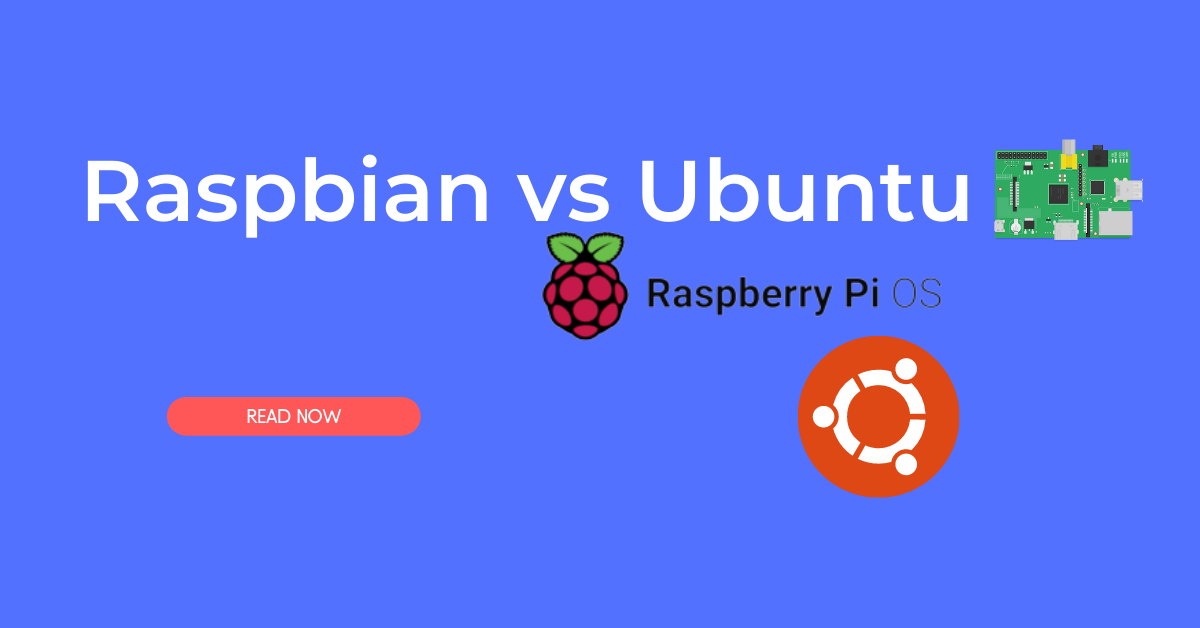 Raspbian and Ubuntu are two of the most popular Linux distributions for Raspberry Pi. Both are great choices, but there are some key differences between them.

In this article, I’ll discuss the top differences between Raspbian and Ubuntu.

Ubuntu is a free and open-source Debian-based Linux distribution used by over more than 25 Million people. It’s always said to be a very easy-to-use operating system for beginners who want to switch from other operating systems to Linux.

Furthermore, Ubuntu is more user-friendly than other distros like Kali Linux.

Advantages and Disadvantages of Raspbian

Raspbian is the official operating system for the Raspberry Pi devices. Following are some of the advantages and disadvantages of using Raspbian.

Advantages and Disadvantages of Ubuntu

Ubuntu is the most widely used Linux operating system. Following are some of the advantages and disadvantages of using Ubuntu.

A good UI (User Interface) can make the operating system more visually appealing, which can make working with it more enjoyable for the user.

The Raspbian user interface is incredibly simple and intuitive. It makes learning Linux, simple for beginners.

To run and perform smoothly Raspbian needs a minimum of:

But, if we talk about which operating system is faster on the same resources. Then, Raspbian beats Ubuntu because it’s more lightweight and optimized.

Which is Better for Programming and Development?

Ubuntu is highly-recommended for programming because it gives more control and is highly customizable.

On the other hand, if you need a lightweight operating system that is easy to use, Raspbian is a good choice.

What is Raspbian Called Now?

Raspbian is now called Raspberry Pi OS. The name was changed to make it easy to understand that this operating system is specially made for Rasberry Pi.

Is Ubuntu Better Than Raspbian?

In terms of performance and ease-of-usability, Raspbian is better than Ubuntu. But in terms of features, control and interface Ubuntu is quite better than Raspbian.

Furthermore, if you want a specially designed operating system for the Raspberry Pi, then you should go with Raspbian.

After exploring the differences between Raspbian and Ubuntu, it’s clear that each operating system has its advantages and disadvantages.

Raspbian is a more lightweight option that’s designed specifically for the Raspberry Pi, while Ubuntu is a more full-featured option that’s available for a wide range of devices.

What do you think which operating system is better in the case of Raspbian vs Ubuntu? Let us know in the comments.